MORE THAN sixty riders took part in Ride for Retraining, a unique challenge to Britain’s equestrian community that was launched in the beautiful Holker Hall Estate in the heart of the Lake District, April 24.

Ride for Retraining’ is a nationwide initiative to mark the 25th Anniversary of The British Thoroughbred Retraining Centre, Britain’s original and biggest Centre dedicated to the retraining and rehoming of racehorses for new careers after racing.

To celebrate the BTRC’s Silver Jubilee, the Centre is hoping to raise £100,000 to increase the size of the yard from 40 boxes to 80 and so double the number of horses that can be helped every year.

The initial ride which saw riders from all over the North West take part in an organised ride starting from Cartmel racecourse and taking in some of the best views in the South Lakes on a fabulous parkland ride past historic Holker Hall, home of the Cavendish family, gave the scheme a flying start.

And while there will be further organised rides at Chatsworth House in the Midlands and Goodwood House in the south later this year, the BTRC hopes that individual riders, pony clubs and equestrian centres across the country will support the scheme by organising their own rides.

“We want as many riders as possible to join in and support us so that we can help many more of the horses coming out of racing every year to find new and happy careers when their racing days are done” said BTRC Chairman John Sexton. 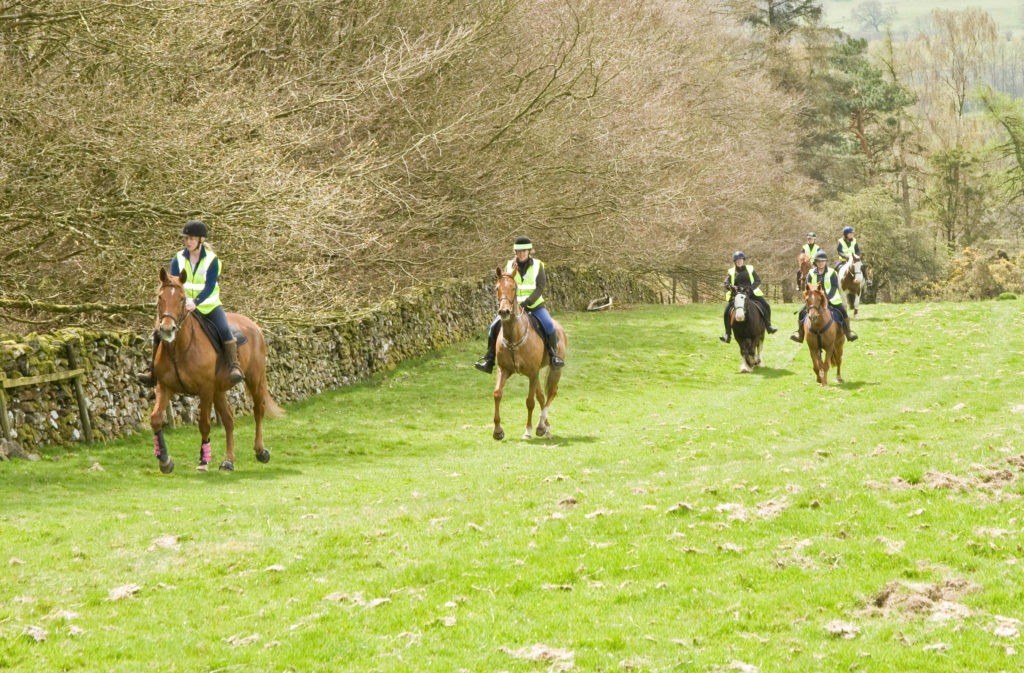 And BTRC Chief Executive, Gillian Carlisle added: “Our 25th Anniversary celebrations are now underway and the Ride for Retraining campaign is a fantastic opportunity for everyone to get involved in this great fund-raising appeal.

“All you have to do is ride as many miles as you can, on your own, with a friend or as part of a planned ride such as a pleasure ride or endurance activity – so that together we can reach our goal of raising the £100,000 for the new stable block.

“For those fund-raisers really wanting to go for it by getting themselves sponsored or where a club or group join together to raise money for the cause, there will also be the opportunity to have a stable named after their club or group to thank them for their valuable effort.”

Once they have completed the ride, they will be asked to log the distance covered on the BTRC website and that will be added to the overall total.

Everyone’s individual mileage will be added together so riders can follow not only the fundraising effort but also the distance achieved throughout the next eight months before the initiative ends on November 5.

The British Thoroughbred Retraining Centre is the UK’s leading charity wholly dedicated to ex-racehorse welfare. By appropriately retraining and rehoming ex-racehorses from their base in Lancashire the BTRC is proud to provide a secure future for these horses for the rest of their lives.

For more information and to sign up for Ride for Retraining visit www.thetrc.co.uk or telephone (01524) 812649.