Check out why legendary stallion Peppermill, Hickstead, Horseware and Abbey England are all in the news with our Daily Hoofbeat publication

There are plenty of celebrations taking place at the moment, alongside the Queen’s Platinum Jubilee Celebrations this weekend. With a sport as rich in heritage as equestrianism, it’s only fitting that we too celebrate our honours, achievements and milestones. Our Daily Hoofbeat today recognises such celebrations while highlighting the transferable skills riders have when it comes to ‘jumping’ ship, if you’ll pardon the pun! 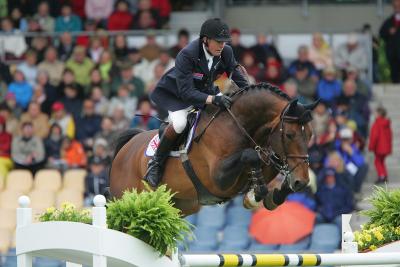 The bunting is going up for another Jubilee, that of legendary showjumping stallion Peppermill who was competed so successfully by the legendary John Whitaker.
Described by Emile Hendrix, ‘the senator of international equestrian sports’ as ‘the best jumping horse in the world’, the superstar Peppermill was part of Team GB at the World Equestrian Games in 2006, the European Championships in 2007, and the Olympics in 2008. Bred in the purple with Burggraaf, Landgraf, and Cor de la Bryere bloodlines, the warmblood stallion is now passing on his incredible talent to new generations of showjumpers and eventers.

It is such an honour to own such an incredible stallion who is still deeply fabulous on his silver jubilee of 25 years. It makes it all the more special to celebrate Peppermill’s jubilee in the same special year as the Platinum Jubilee of HRH The Queen,” 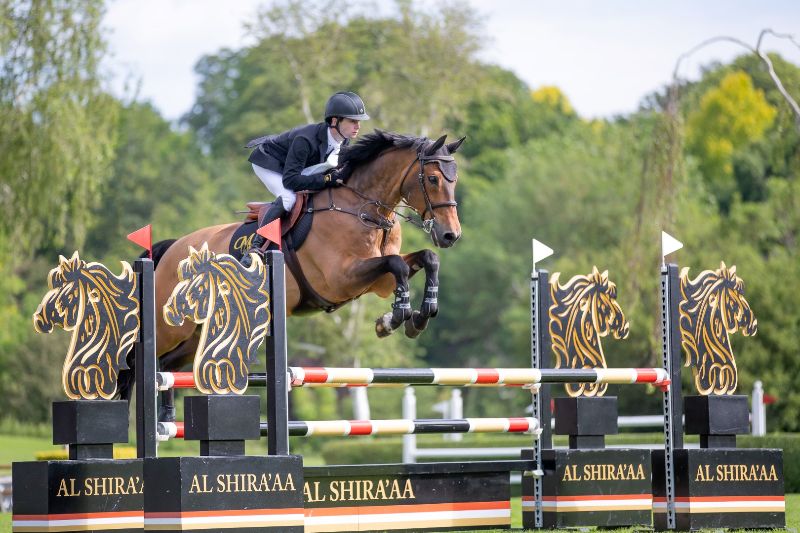 Oisin made his Hickstead debut last summer, where he finished runner-up in the Hy Equestrian British 1.10m Amateur Championship. But this time he has his target set on a bigger prize – the British Speed Derby, which is the feature class on the Saturday of the Al Shira’aa Hickstead Derby Meeting (23-26 June).

The Speed Derby includes many of Hickstead’s iconic fences, including the Devil’s Dyke and the Irish Bank. Unlike the Al Shira’aa Derby, which is set at the maximum height and requires precision jumping, the Speed Derby sees riders gallop round the Longines International Arena at top speed. The fastest time wins, with 4sec added for any fences that are knocked down.

Oisin is not the first jockey to take part in the Speed Derby – Robert Power won the class in 2013 with his sister Esib’s former event horse Doonaveeragh O One. The Cheltenham Gold Cup and Grand National winner was a successful showjumper in his younger days, winning team gold at the Junior Europeans.

Another jockey also hoping to qualify for the Speed Derby is former National Hunt jockey, Paul Carberry. The Grand National winner has been competing in showjumping classes since he retired from the track in 2016, and could well be one to watch at Hickstead since he’s no stranger to jumping huge natural obstacles at speed.

The final line-up will be decided by the Speed Derby qualifier, which takes place on the Thursday morning of the show.

Tickets for the Al Shira’aa Hickstead Derby Meeting (23-26 June) are on sale now from Hickstead.co.uk. 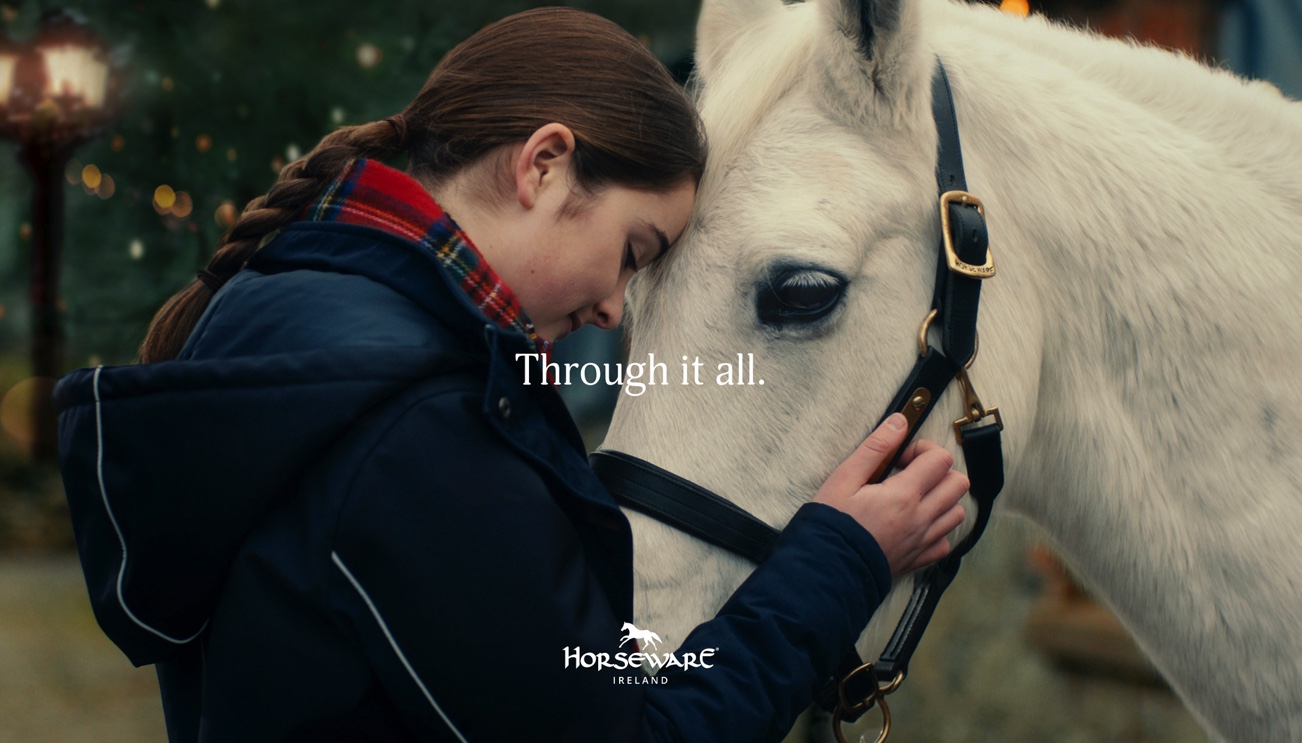 Horseware Ireland has won the International Marketing Award at the prestigious AIM Awards in Ireland for the brand’s inspirational campaign “Through It All’, which has captured the hearts of millions of horse lovers worldwide.

The All-Ireland Marketing Awards programme, organised by the Marketing Institute of Ireland, is the nation’s premier means of recognising the success of marketing professionals and their contribution to the economy.

Horseware Ireland first introduced their emotive brand campaign ‘Through It All’ in 2021 to celebrate the unwavering commitment, dedication, passion, and trust between horse and rider.

‘Through It, All’ perfectly captures the unique bond between horse and human that only equestrians can truly appreciate. Using real and emotive storytelling, the campaign tugs at their heartstrings, forging a deeper emotional connection with equestrian consumers while serving as a reminder of Horseware Ireland’s long-standing history of quality and unrivalled reputation for care.

Last month, Horseware Ireland launched the latest execution of the global “Through It All” campaign announcing the renowned Olympic Champion, multiple international Grand Prix and Championship winning showjumper, Steve Guerdat as a Global Sponsored Rider – ‘A True Horseman, Through It All’, coinciding with the launch of the Spring / Summer 22 season. 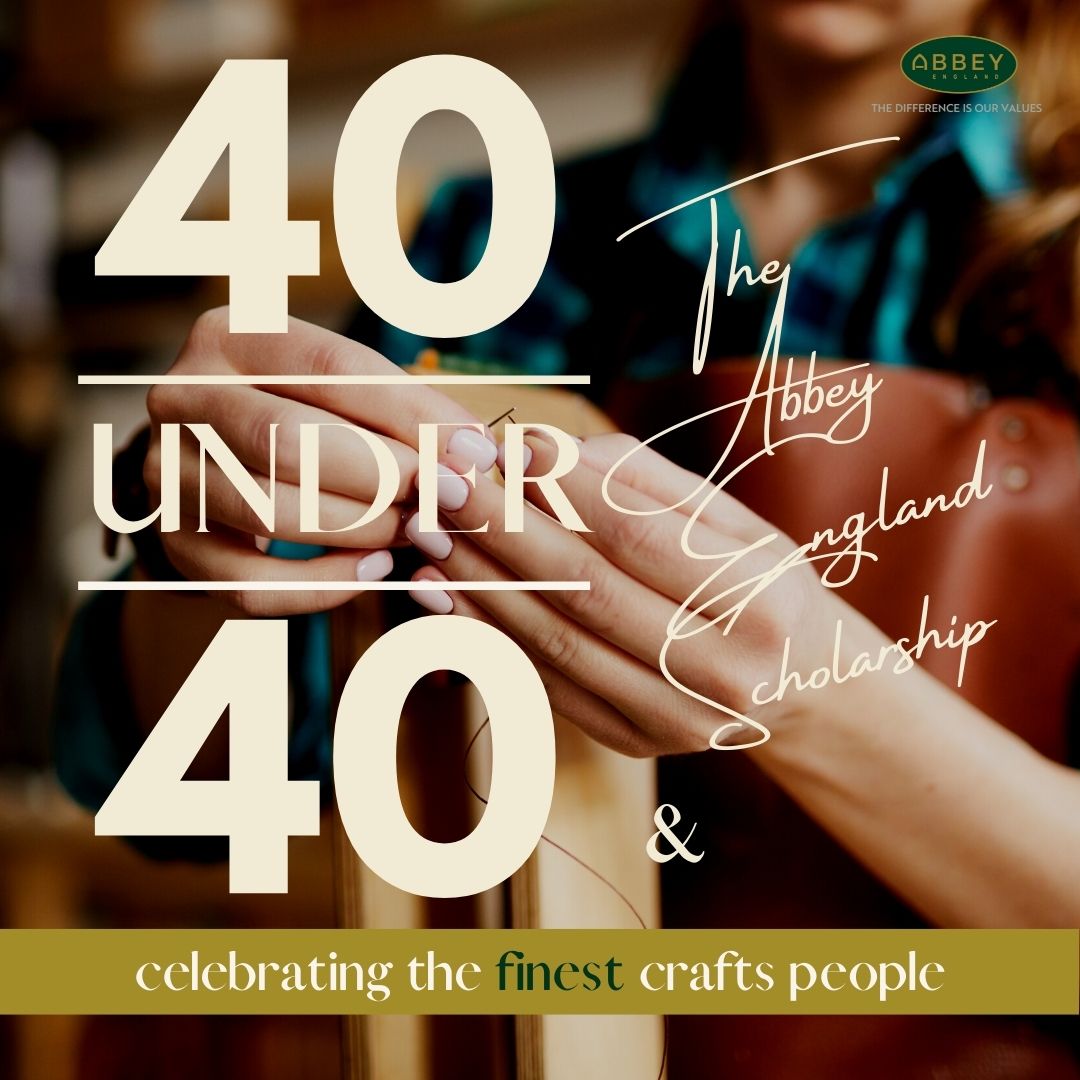 Abbey England is calling for the UK’s finest craftspeople, saddlers and leatherworkers, to help celebrate its 40th birthday, by inviting them to join an exciting competition where the overall winner can scoop £1,000 towards Abbey England’s range of workshop tools and supplies.

The company, which is a leading supplier of premium products and tools to the UK and beyond, is looking for nominations of the public’s favourite craft maker under the age of 40, to be Abbey England’s scholarship winner of 2022 – 2023.

The top 40 nominations to the scholarship, which has previously received entries from saddlers and leatherworkers across the UK, will also be entered into Abbey England’s ‘40 under 40’ list, which will be celebrated across the company’s website and social channels.

Alongside the £1,000 worth of tools and supplies, the winner will also receive expert advice and online support for their businesses, via Abbey England’s social media channels. In return, Abbey England encourages the scholarship winner to provide a monthly blog, so readers can share their journey over the year.

These 40 successful makers will also have the opportunity to experience an exclusive masterclass workshop in the autumn of 2022 with the BBC’s Repair Shop star, Suzie Fletcher, Master Saddler. When she’s not filming for the BBC’s Repair Shop, Suzie specialises in saddle making – especially for the overhaul and retrofitting of saddles, as well as restorations for leather goods and leather furniture.

Any person under the age of 40 who is currently undertaking saddlery or leathercrafting can be nominated or self-nominated, with nominations open until Friday, 29th July 2022. The overall 2022 – 2023 scholarship winner will be announced in September 2022.