Guery, and his powerful bay stallion, emerged triumphant after an exhilarating 12-strong jump off at the stunning Campo Marte show ground earning him a precious ticket to the LGCT Super Grand Prix at the GC Playoffs in Prague in November.

Guery threw up his hands in sheer delight when his victory was confirmed after he pipped Egypt’s Abdel Said (EGY) who came in second with Dutch champion Harrie Smolders (NED) in third.

Speaking after his win, he said:

I have only been riding this horse for two months, so the combination is really new for me. The horse comes from my best friend. He gave it to me as he knew this is a special horse, and he deserved to go to 5* shows. I didn’t expect to win today and I’ve never had a feeling like this about a horse. For me Mexico City is my favourite LGCT – it’s an amazing show, I like the big arena and as my first LGCT this year to start with a victory is amazing.”

Compatriot Niels Bruynseels (BEL) shot to the top of the overall ranking as the strong contingent of Belgian riders on the LGCT and GCL circuit shine in the early stage of the 2019 season. After learning he was on top of the ranking Niels said:

I’m very happy. To be the leader of the ranking of competitions with the best riders, best horses and best shows in the world is something very special.”

It was a thrilling crescendo to three days of colourful celebration of Mexican culture at the incredible LGCT of Mexico, with riders wowed by the intensely passionate support of the crowd and the vibrant festival atmosphere. Commenting on the event Daniel Bluman said:

The atmosphere is breathtaking, its everything you want for a horse show. It doesn’t get better.”

Stunning views of the expansive grass arena to the burgeoning City skyline set the scene for a Grand Prix thriller. With the giant Mexican flag flying overhead fans lined the arena and guests took their seats in the large hospitality lounges as 31 rider and horse combinations went into battle.

But a dynamic dozen of the world’s finest riders did win through to the climax of the 1.60m competition.

The third leg of the LGCT and GCL Championship race takes place next week in the dazzling destination of Miami Beach on the shores of the Atlantic Ocean as the 20-event circuit gathers pace. 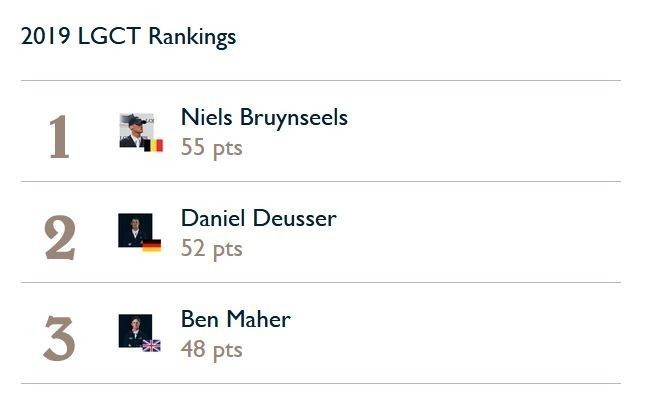