The team at Bolesworth International Horse Show has this afternoon regrettably announced that this year’s event will not be opened to the public. 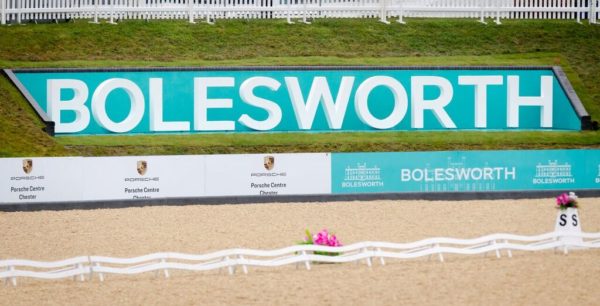 The organisers have released the following statement;

A huge effort has been undertaken by the team throughout the build-up and with continued improvements site wide on going, however with the significant volumes of consistent rainfall we have experienced in the past 48hrs and with further significant rain forecast, we have had to take the difficult decision on the grounds of safety to close the event for public access.

Whilst we are preserving the site to best effect for the sport to continue all week on the all weather surfaces, the ground is not safe enough to allow public vehicles on and off the event site. There are also significant issues on the surrounding roads with standing water limiting access.

The sport schedule for June 12th remains unchanged and we will update all competitors later today on any further changes to the schedule ahead of tomorrow and the coming days.

Sport can still be watched on the Bolesworth  International Livestream via: https://www.bolesworthinternational.com/live-stream

​Full refunds for tickets to Bolesworth International including – general admission, season passes, membership upgrades, camping and parking will be provided via the ticket agent you purchased from within 10 working days.