The Split Rock Jumping Tour (SRJT), in partnership with the City of Fort Worth and the Fort Worth Sports Commission, have announced they will host the FEI World Cup Finals in Jumping and Dressage in Fort Worth, Texas in April 2026! The International Equestrian Federation (FEI) awarded the dual Finals to Fort Worth during its two-day in-person meeting held at the FEI Headquarters on June 21-22.

It has long been a dream of mine to organize a championship and I really could not be more excited,”

This is a testament to what the Split Rock team has accomplished over the last seven years and to the city of Fort Worth and the incredible event they helped us put on there last December. I thank Erin Davis-Heineking who asked us to come to Fort Worth, FEI, USEF, my entire Split Rock team and everyone else who helped bring this about.”

Founded in 2015, the SRJT has revolutionized the way the sport of show jumping is presented in the U.S., creating a truly “unparalleled show jumping experience” for competitors, sponsors, and spectators alike. SRJT’s first event in Fort Worth, the Fort Worth International CSI4*-W, was held in December 2021 and met with rave reviews and sell-out crowds.

It is wonderful that the Longines FEI Jumping World Cup Final and FEI Dressage World Cup 2026 will travel to the United States,”

With only two years to go until the LA28 Olympic and Paralympic Games, excitement will be mounting and I’m convinced that it will be an event full of excellent sport, cheer, and high energy.”

As we continue to see participation and awareness grow around equestrian sport, there is truly no better opportunity to showcase the best of the jumping and dressage disciplines than to host a world-class international championship here in the United States,” 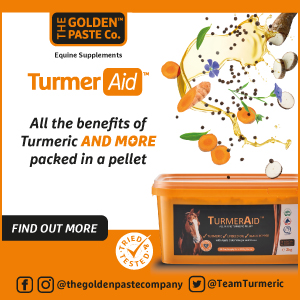 We know that Derek Braun and the rest of the organizing team behind the management of the 2026 FEI World Cup Finals in Fort Worth, Texas, will deliver top competition and a welcoming experience for athletes, spectators, and supporters of our sport.”

When we established our tour in 2015, we promised to bring show jumping in the United States to a whole new level,”

We continue to hold firm to that commitment and we promise that the 2026 FEI World Cup™ Finals in Fort Worth will be an event unlike anything the sport has ever seen!”