This news piece forms an overview of the showjumping class results from day three of The London International Horse Show, The Longines Christmas Cracker, The Global Herbs Snowflake Stakes and The Lemieux Six Bar. With exhilarating riding, skills and determination, all riders who compete in these events deserve celebrating, including their horses’, grooms and all who work towards making showjumping at this level possible. 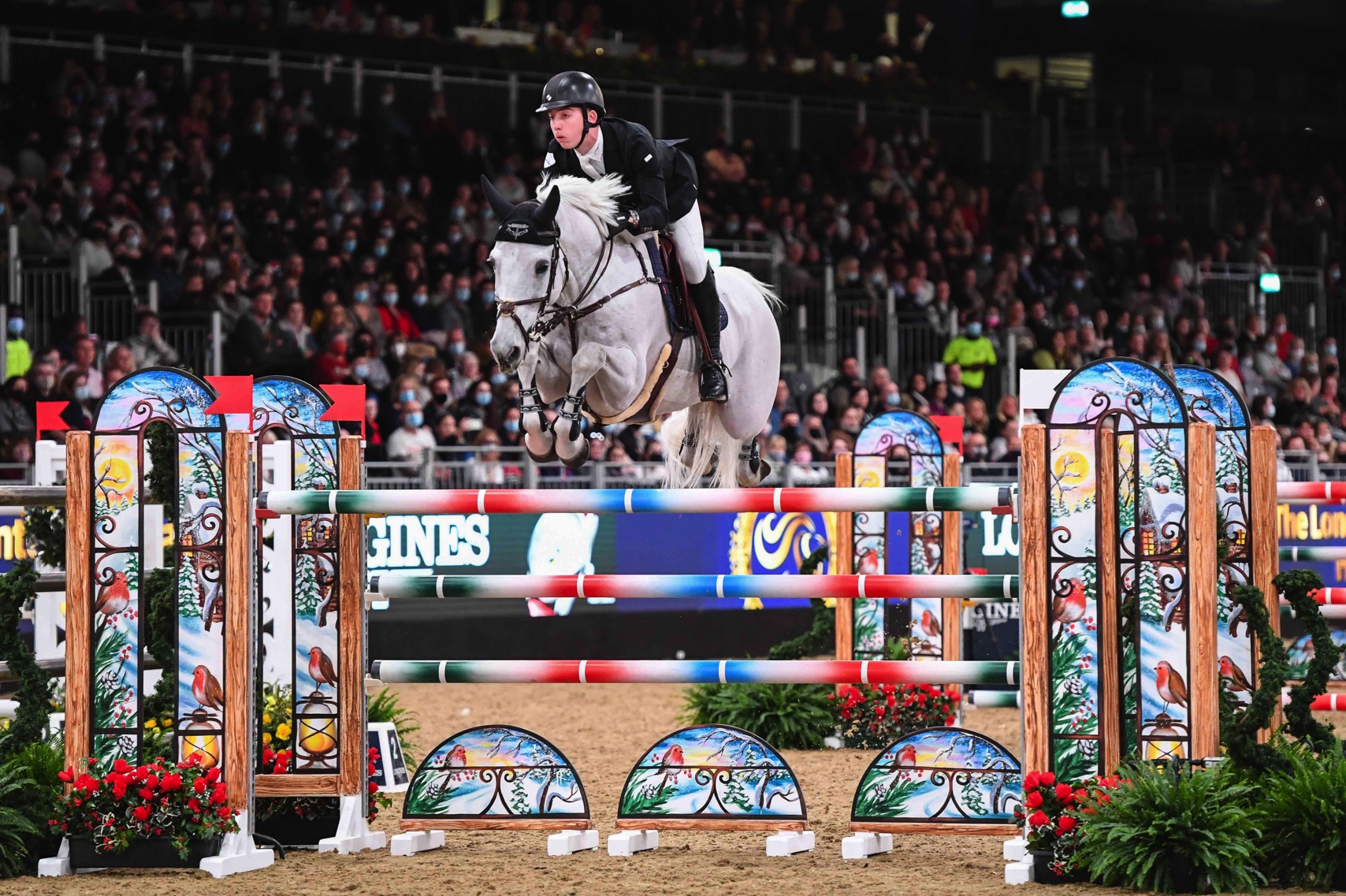 Nine combinations went through to the jump-off of The Longines Christmas Cracker. Eager to set an unattainable target, the first four to go against the clock all picked up penalties en route. Great Britain’s Jack Whitaker was the first to post a clear, jumping a smooth but relatively conservative round aboard Valmy de la Lande to ensure his place in the prizes. With those who followed also accumulating faults in their attempts to increase the pace, Finland’s Noora Forsten was rewarded for her tactics in jumping a steady clear round, finishing in second, with Harry Charles back in third, the fastest of the four faulters.

It’s difficult to put into words to be honest, I’ve been wanting to compete here since I was a little kid. I’ve been coming to this show for as long as I can remember, it’s what I’ve always dreamed of and I got lucky tonight. It wasn’t a great jump-off course for me tonight and so when I saw the ones ahead of me knocking jumps down I thought I might get away with just jumping a nice clear, and I did.”

The world’s best Show Jumpers battled it out in The Global Herbs Snowflake Stakes. The top 10 from the first round went through to the jump-off, carrying forward any penalties incurred. The first to secure the coveted first double clear, Austria’s Max Kühner, set the pace of 39.28 seconds, however Martin Fuchs, already a double winner at the Show this week, pulled out all the stops to take the lead with an impressive time of 36.20 aboard Tam Tam du Valon.

The Swiss World No. 4 was looking hard to beat. Dutchman Harrie Smolders came close with a beautifully smooth round in a time of 37.72, as did Germany’s Christian Ahlmann, however their efforts were only good enough for third and second place respectively, leaving Fuchs with his third London International Horse Show 2021 victory.

The Lemieux Six Bar provided top-class entertainment. 13 starters lined up to face the six-obstacle course, run over a knock-out format, whereby those jumping clear in the first rounds went through to face the increasingly imposing course. Just two combinations made it to the fifth round, with the final fence standing at an incredible 1.90m – Austria’s Max Kühner riding EIC Coriolis des Isles and Great Britain’s Aflie Bradstock aboard H. d’Or.

Up first, Kühner put on a foot-perfect performance to secure his place at the top of the leaderboard, placing the pressure on Bradstock. The Brit rose to the occasion with a fine display of athleticism to match Kühner’s feat and share the honours, much to the delight of the home crowd.

It’s amazing just to even compete here, and to win something is a real dream come true. This horse is a Puissance specialist, and the Six Bar was something extra that we thought we may as well give a go while we’re here. I never expected him to do that, but with the support of the audience, he just got better and better. The crowd were fantastic, to have the home crowd cheering like that was unbelievable.”

I’m really enjoying the Show, it’s fantastic because the crowd is still the same, they give us such a boost, it almost feels like we have wings. The London crowd really are stunning, it was really special. My horse is only nine, but he is incredibly talented already, and has achieved a lot this year. He’s done a great job today and I have a good feeling about tomorrow too.”