A man from Barnstaple has been disqualified from keeping equines for life following a prosecution brought by the RSPCA.

Ben Neill (DOB 13/10/1984) of no fixed abode was sentenced yesterday (3 May) at Barnstaple Magistrates’ Court for causing unnecessary suffering to a horse and a pony and failing to meet the needs of three ponies.

A trial was heard in Neill’s absence earlier this year (21 January) after he failed to attend court. He was found guilty of all three animal welfare offences. 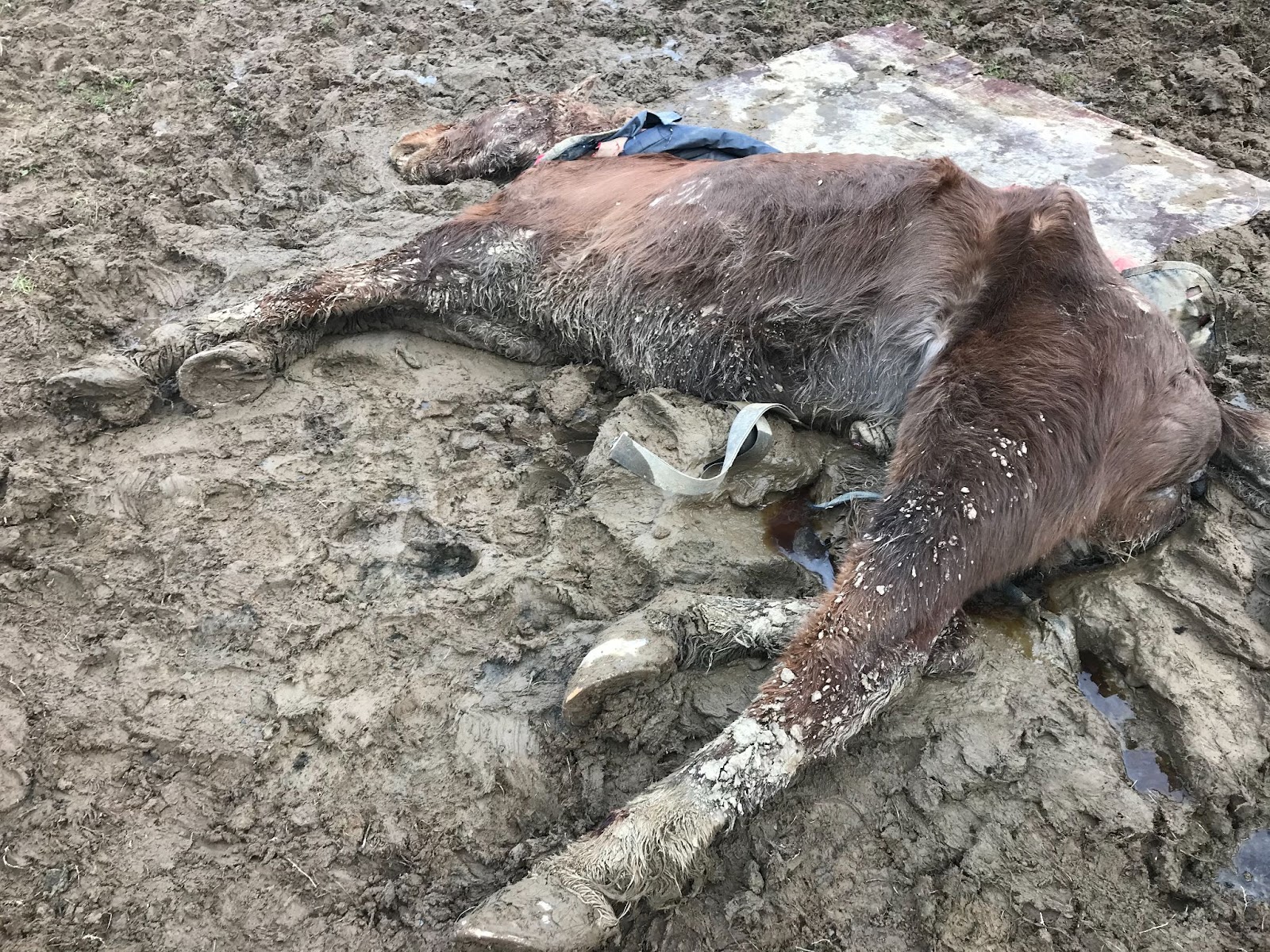 RSPCA Inspector Claire Ryder launched an investigation after the charity received a call to its national call centre in March 2021 from a member of the public who had seen a horse collapsed in a muddy field in Landkey near Barnstaple.

A vet who attended described how she found the horse, a chestnut gelding called Eddy, in a ‘terrible state’, unable to lift his head from the mud he was lying in, let alone stand.

In her report to court, the vet said she thought Eddy had been down for some time as she was unable to get him up on his feet. Sadly there was no alternative but to put him to sleep on welfare grounds to end his suffering.

A further three ponies – a bay gelding called Tye, a mare called Darcy and another bay gelding called Dorcas – were in a field next to Eddy that was very muddy with limited grazing. They had no accessible shelter and the only water source was a stream running along the bottom of a steep bank in the corner of their field.

Tye was in poor body condition, he had severely overgrown hooves and was lame in his front feet. He had difficulty walking, with a rocking motion as his hooves met the ground. The vet concluded Tye was suffering and Darcy and Dorcus were likely to suffer.

They were signed over to the RSPCA and transported to a suitable location for a thorough veterinary assessment.

All three ponies were found to have lice in their coats, parasites and their teeth were in need of attention due to sharp enamel points. They all required sedation before their hooves could be trimmed.

Neill told magistrates that Eddy had been:

Jumping and bouncing around that morning”.

Sentencing Neill, magistrates told him he had shown little remorse. They said: “We have listened to the case from the RSPCA and seen photos of the horse and ponies – Eddy had a ruptured eyeball, was hypothermic in a collapsed state, emaciated and unable to access food and water”.

They highlighted his lack of appreciation to the animals’ suffering, that he failed to adhere to previous warnings and advice given to him by the RSPCA, that he knew help was available but failed to seek it. He saw the horses every day and must have known the poor condition they were in, in particular Eddy.

The magistrates thanked the RSPCA for their work in bringing this case to their attention and commented it was “the most harrowing they have had to deal with in this court”.

In addition to the lifetime disqualification from keeping equines which he can not appeal for 10 years, Neill was sentenced to 24 weeks immediate custody.

A second person was sentenced last year (23 November) for causing unnecessary suffering to Tye and for failing to meet the needs of Tye, Darcy and Dorcus. She was disqualified from keeping equines for 10 years which she can not apply for it to be lifted for five years. She was also sentenced to a six month curfew and was ordered to pay £400 costs. 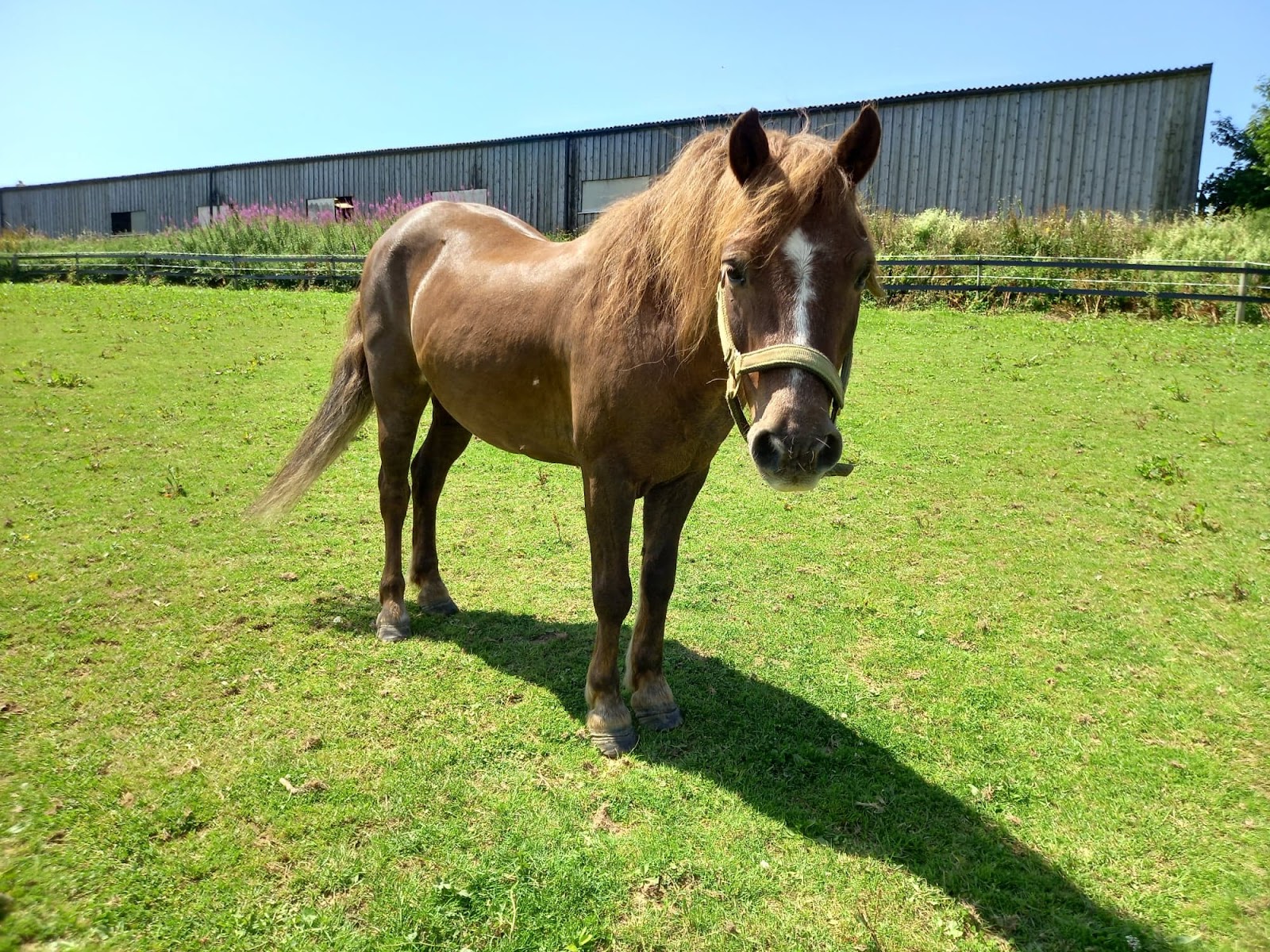 Sadly Dorcus was later put to sleep due to the discovery of untreatable tumours.

Tye and Darcy were both re-homed and have settled into their new lives with the Hugs Foundation – an equine rescue charity in Bodmin, Cornwall, who offer therapeutic interventions to children, young people, the elderly, military personnel and veterans to increase health and well-being.

Darcy enjoys being brushed and led by children who visit the charity and Tye is currently on loan as part of their foster scheme and is loving life being spoiled with love and care.

Re-home a Horse the Bransby Way

Doughnuts and Olympic dreams for Falco and Tim Price

Best low sugar treats for your horse or pony

What can we learn from horse herds?