In the culmination of a thrilling week of show jumping at this year’s Royal Windsor Horse Show, it was Sweden’s Henrik Von Eckermann who took the £125,000 spoils in the Rolex Grand Prix after a 10-year hiatus in attending the event.

Von Eckermann produced a stunningly fluid first round riding the 12-year-old mare Toveks Mary Lou to progress as one of 12 competitors from the field of 34 of the world’s elite, including no less than two individual Olympic champions. With the richest ever show jumping prize fund in British history, the start list read like a who’s who of show jumping, but the challenging Bob Ellis course saw casualties from the offset.

The very first combination, Guy Williams riding his old campaigner Rouge De Ravel, retired part way through the course. The packed out crowd had to watch another five rounds before they saw the first clear of the class. Executed beautifully, the first clear was grasped by Great Britain’s William Funnell on the young, but extremely promising nine-year-old homebred, Billy Diamo.

Some of the most noticeable omissions from the second round were 2012 Olympic champion, Steve Guerdat who retired Albfuehren’s Bianca after an unsettling miss at fence eight, a 1.62m upright. Saturday’s winner of the Kingdom of Bahrain Stakes for the King’s Cup, Holly Smith, had the wheels fall off in her round, accumulating 16 faults on board Hearts Destiny.

Promising young rider Harry Charles, and leading lady rider of the show Laura Renwick both had an unfortunate four faults which left them both out of contention – Harry’s horse ABC Quantum Cruise had the top rail down on fence 6, the tallest upright on the course standing at 1.65m and Dublin V had down fence 5a with Laura. The vertical to oxer combination at 5, was the most influential on course, with both elements causing a total of five riders to crash out in the first round, including the ever popular Scott Brash and the promising Hello Mr President.

Jessica Springsteen fell foul of the second most influential fence on the course, fence 11, an oxer with a water tray underneath which lead to the Rolex combination at fence 12. Here stalwart Kevin Staut had the final two elements of the combination down to see his chances come to an end, along with Martin Fuchs who followed on to have the final fence, the Royal Windsor upright down also.

Joining Von Excermann and Funnell in the jump off were Robert Whitaker riding his experienced Grand Prix mount Catwalk IV, 2013 European champion Roger Yves Bost on board Sangria Du Coty, and belgium’s Gregory Wathelet. All three riders faulted in the second round and were out of contention for the sharp end of the prize money.

Germany’s Christian Ahlmann with Take A Chance On Me Z, swiftly followed by Daniel Deusser, Peder Fredricson and Niels Bruynseels all wracked up four faults a piece with the latter putting in the fastest time of just 42.51 seconds. Neither contenders from across the pond, the 2008 Olympic champion Eric Lamaze (Canada) and 2017 Rolex Grand Prix winner Kent Farrington (USA), could keep a clear score sheet in the second round incurring 8 and 4 penalties apiece.

Ultimately no rider could match Von Eckermann’s blistering pace with a clear round to boot, when he crossed the finish line in just 43.40 seconds, leaving all the poles in their cups despite a couple of them rattling precariously.

The horse is amazing, it’s her third victory in a five star grand prix this year,”

Henrik said of the Westphalian mare.

I was lucky with a couple of the faster riders having a fence down and fence two was already rolling in the cups so I was a little bit lucky, but the rest of the week hasn’t gone my way!”

Ryan did a fantastic job again today, he has won almost every Grand Prix this year with two wins and a second here,”

he said of the 14-year-old gelding.

In the jump off I knew I was not crazy fast but I had to put in one extra stride in the line in the middle [fences seven and eight in the jump off] so I lost a second there.”

Slotting into third, and the best placed Brit was William Funnell who put in a slow and steady clear with Billy Diamo to finish in 47.58 seconds.

It worked out well going first in the jump off”

He’s only a young horse so I wasn’t going to do anything daft and he’s never going to be the fastest as he’s so big, so I did what I could and in both rounds he jumped well so I was really pleased with him – third is just a bonus.”

With three of Europe’s best filling the top slots and sharing £200,000 of Rolex’s half a million pound prize fund, this year’s Rolex Grand Slam proved to be the start of an epic journey to the 2019 European Championships in Rotterdam, of which I for one am already looking forward to. 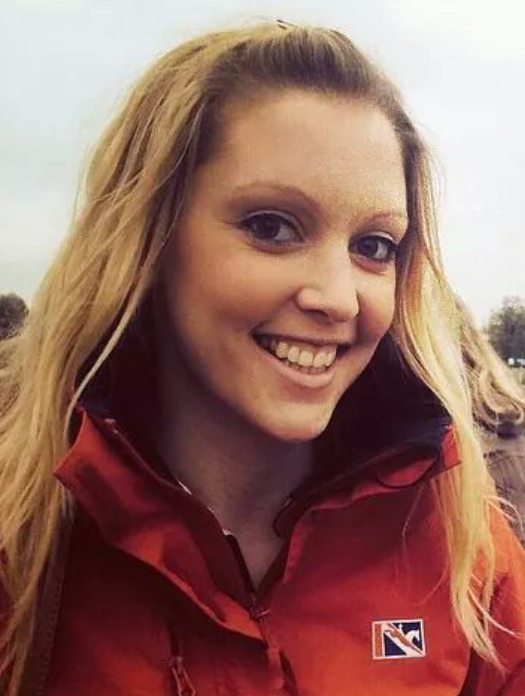