These three great programmes from Bolesworth Castle can also be streamed anytime by signing up to watch at horseandcountry.tv/subscribe

Belgium’s Rik Hemeryk claimed one of his biggest career victories after winning the Equerry Horse Feeds Bolesworth International Grand Prix. In doing so, he saw off a concerted challenge from nine other combinations that reached the jump-off in pursuit of a £29,500 top prize. 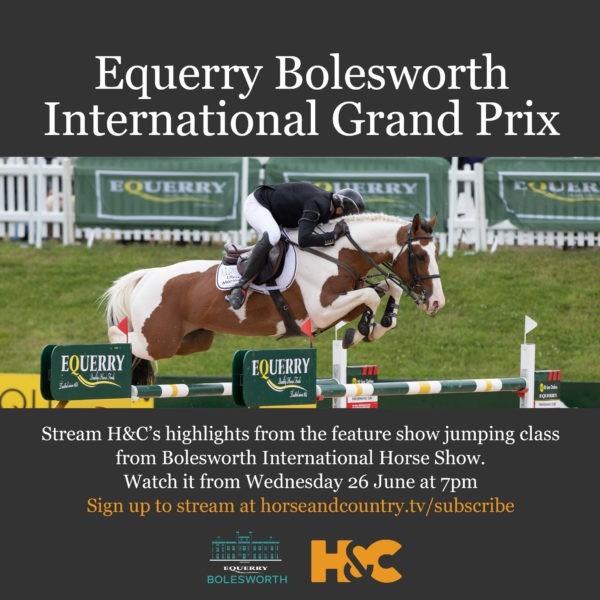 And there was also an outstanding performance from Ellen Whitaker and Arena UK Winston, who finished as leading British rider in third place. For Ellen, who helped Great Britain to a team bronze medal at the European Championships 12 years ago alongside her uncles John and Michael Whitaker, it was an outstanding result.

Double Olympic dressage champion Charlotte Dujardin was in irresistible winning form on day one of the Equerry Bolesworth International Horse Show. It proved another thrilling showcase performance from Charlotte and the exciting 10-year-old mare Mount St John Freestyle – a horse that could take her all the way to next year’s Tokyo Olympics. 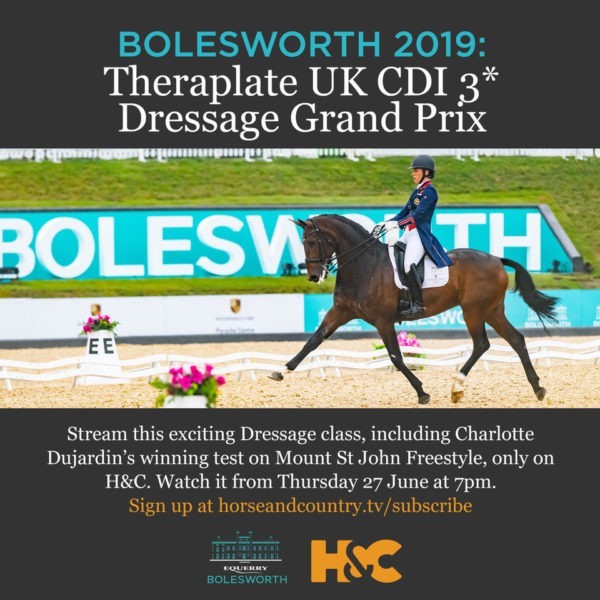 They delivered a dominant display in the Theraplate UK Grand Prix, finishing on top by a considerable margin from fellow British rider Gareth Hughes, with Classic Briolinca. And to complete a memorable day for the London 2012 and Rio 2016 gold medallist, she also took third spot aboard another rising star Erlentanz.

On day three International Arena action got underway with the Horse & Country CSI amateur bronze two-phase class, and it was prolific winner Tony Pearson who came up trumps. The Windsor-based rider denied Joss Williams and Zandokan Z a second victory in two days by taking almost a second off Joss’ time of 31.10 seconds, as he triumphed aboard Amadeus M, and the podium places were completed by Michaela Wood on Lingala. 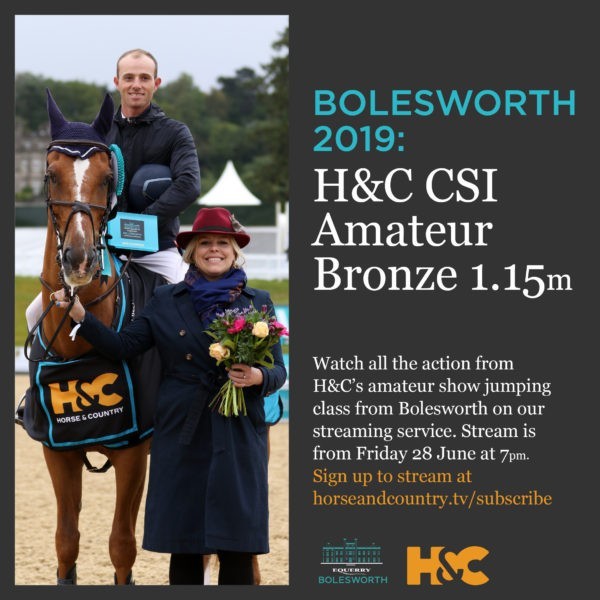