Foal and pony dumped and left for dead

RSPCA investigating as foal and pony are found collapsed, emaciated and dying during Storm Doris

The RSPCA is investigating after a foal and a pony were dumped and left for dead during storm Doris on Thursday afternoon. (24 February) 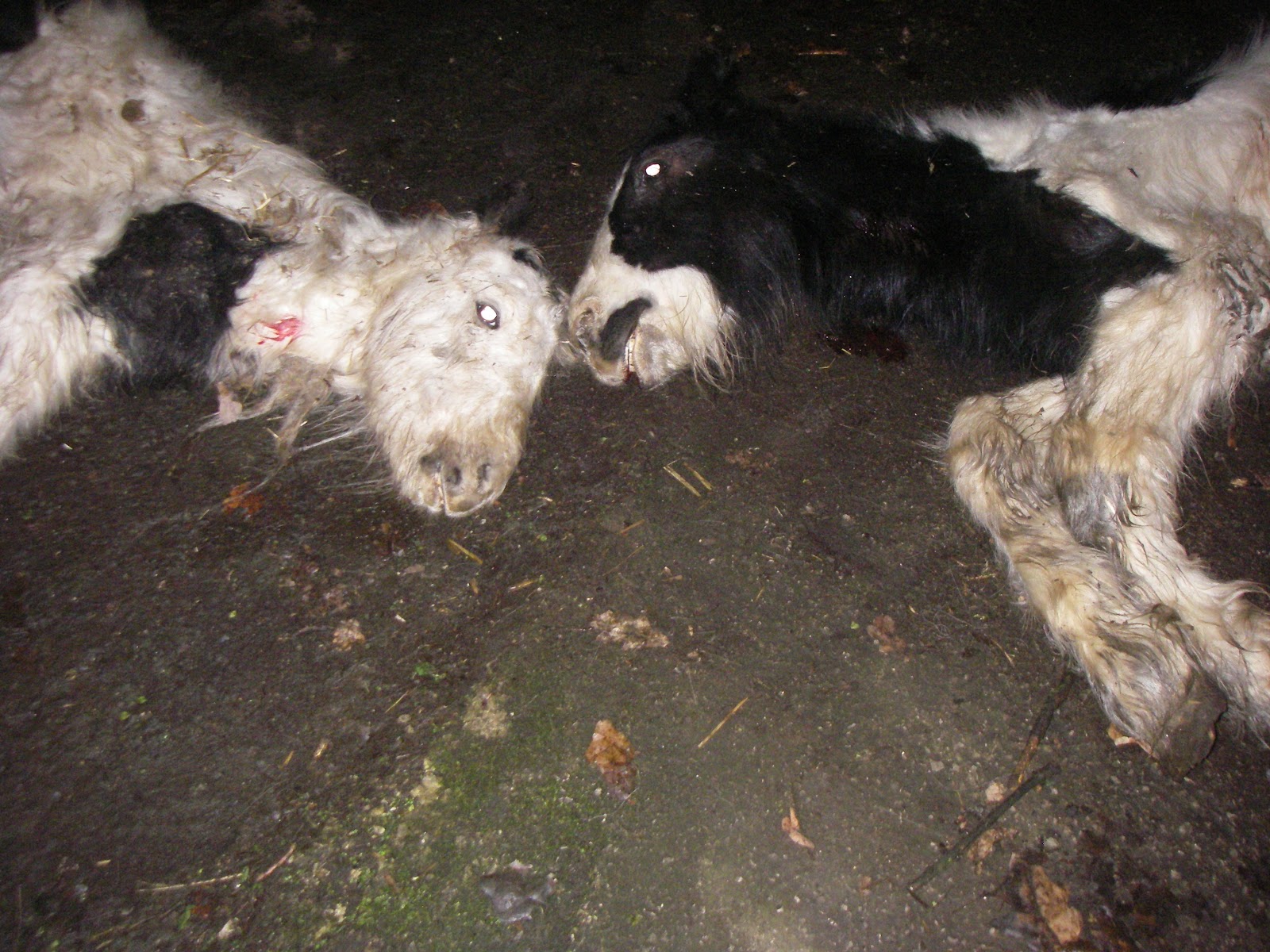 It is believed the two male piebald ponies – one aged around six-months-old and the other three-and-a-half years old – were pushed off the back of a flatbed truck in the layby in a cul-de-sac just off Southworth Lane in Winwick, Cheshire.

Sadly the ponies were in a severe state of neglect. They were emaciated, weak and dying and a vet who attended at the scene advised the kindest option was to put them to sleep to bring an end to their suffering.

Describing the scene as one of the most heartbreaking he has experienced in his 25-year career with the RSPCA, Inspector Paul Heaton said: “I have seen a lot but this was horrifying. I can’t stop thinking about it. It has affected everyone that saw it.

“The two ponies were left at the end of layby in the dark. They were emaciated and close to death. The person that had these horses pushed these poor animal off the back of the truck and onto the hard tarmac floor.

“Both horses were so weak they were unable to stand or move around, that person would’ve driven away knowing they were alive when the left but the fate of both those animals was to die in a dark cold lane, alone. They could not move and just lay there.

“It was cruelty in all ways, but this was just the end of their horrific life. The state they were in it is obvious these animals had been failed in their basic care. They were so thin they obviously had not eaten properly for some time and were lacking in general care. They would’ve suffered a lot before last night.

He added: “As an Inspector I know I will see things no normal person should see, but these jobs do not leave us, we wake up in the night thinking about them. This will be one of those instances for me.

“I would urge anyone who knows what happened to these horses to contact us as soon as possible.”

Anyone with information on what happened to these young ponies or who they belonged to should contact the RSPCA Inspector Appeal line on 0300 123 8018 and leave a message for Insp Heaton.

To help the RSPCA carry out their vital work please text LOVE to 87023 to give £3 (Text costs £3 + one standard network rate message).