Man banned for life after keeping 40 horses in ‘horrendous conditions’

A couple from Tyne and Wear have been disqualified from keeping all animals after they neglected 40 horses. 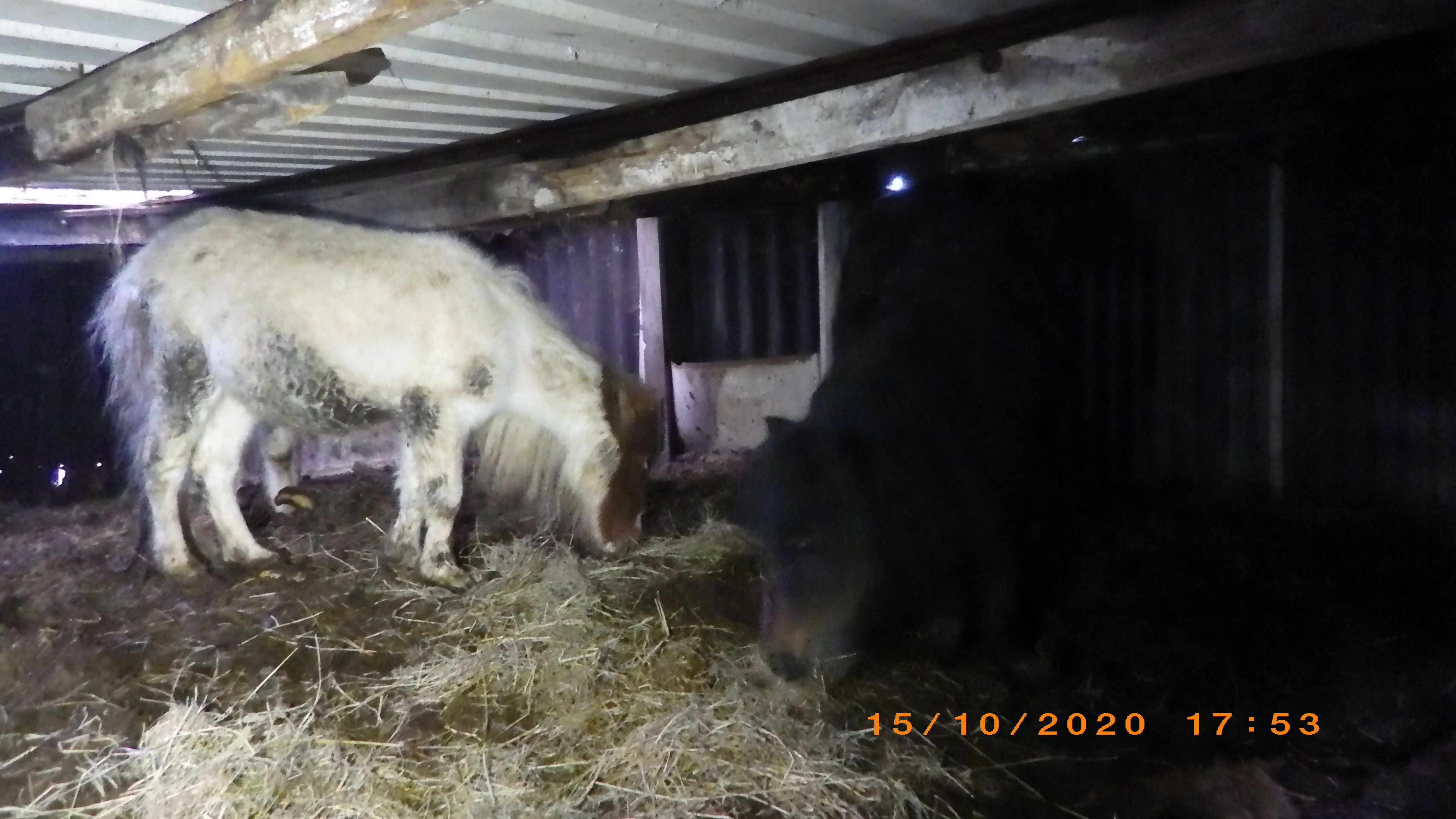 The court heard how RSPCA Inspectors Terri-Ann Fannon and  Gemma Lynch and World Horse Welfare Field Officer Seema Ritson found horses in mud up to their knees. Some of the foals in the paddock could barely move as the mud was up to their chests.

Inspector Fannon said: “The conditions inside the paddock were horrendous. There was no dry standing area, the mud was above my knees when I stood in and it was almost impossible to maneuver.”

Officers found 40 horses at the site who did not have their needs met due to the pair’s inactions. Many of the horses were found confined in areas significantly contaminated by faecal matter and the animals were without water, hay, or clean dry bedding for resting. They did not have a hard standing area to be able to stand out of the mud and several were found with overgrown hooves due to lack of farrier treatment. 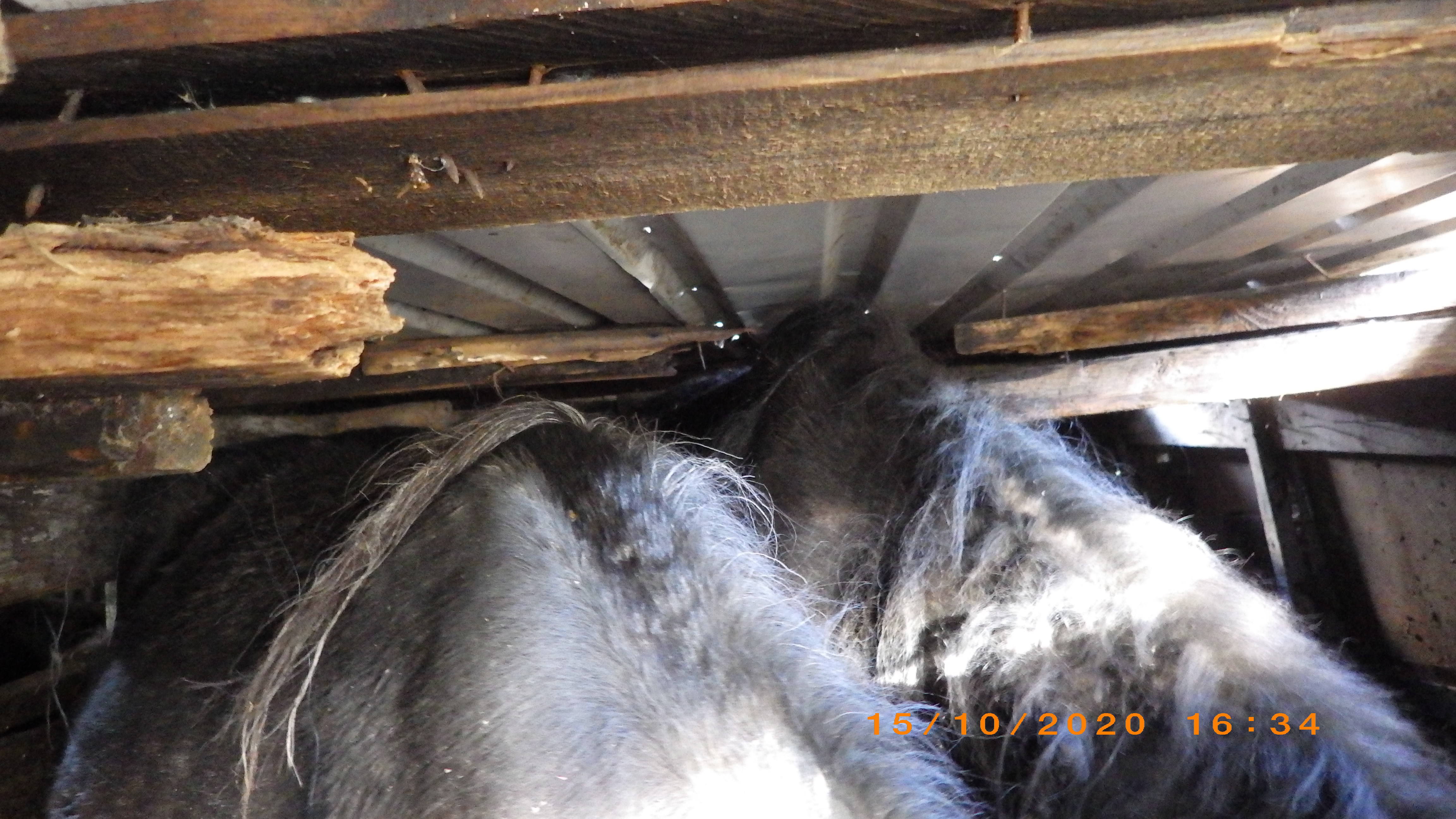 The court heard how Inspector Fannon found four Shetland ponies and two cob type horses in the “worst conditions she had ever seen”. She said: “The horses stood on old hay, muck and faeces up to my shoulders (approximately 4 feet high). There was no access in or out of the stable. The cobs were unable to lift their heads up as the muck was so high their heads were touching the roof of the stable. They had no food or water. Several of my colleagues spent several hours digging out the horses. A piebald mare had thick matted fur clumped around her hooves – she was of thin body condition and had severely overgrown hooves which had curled and twisted.” 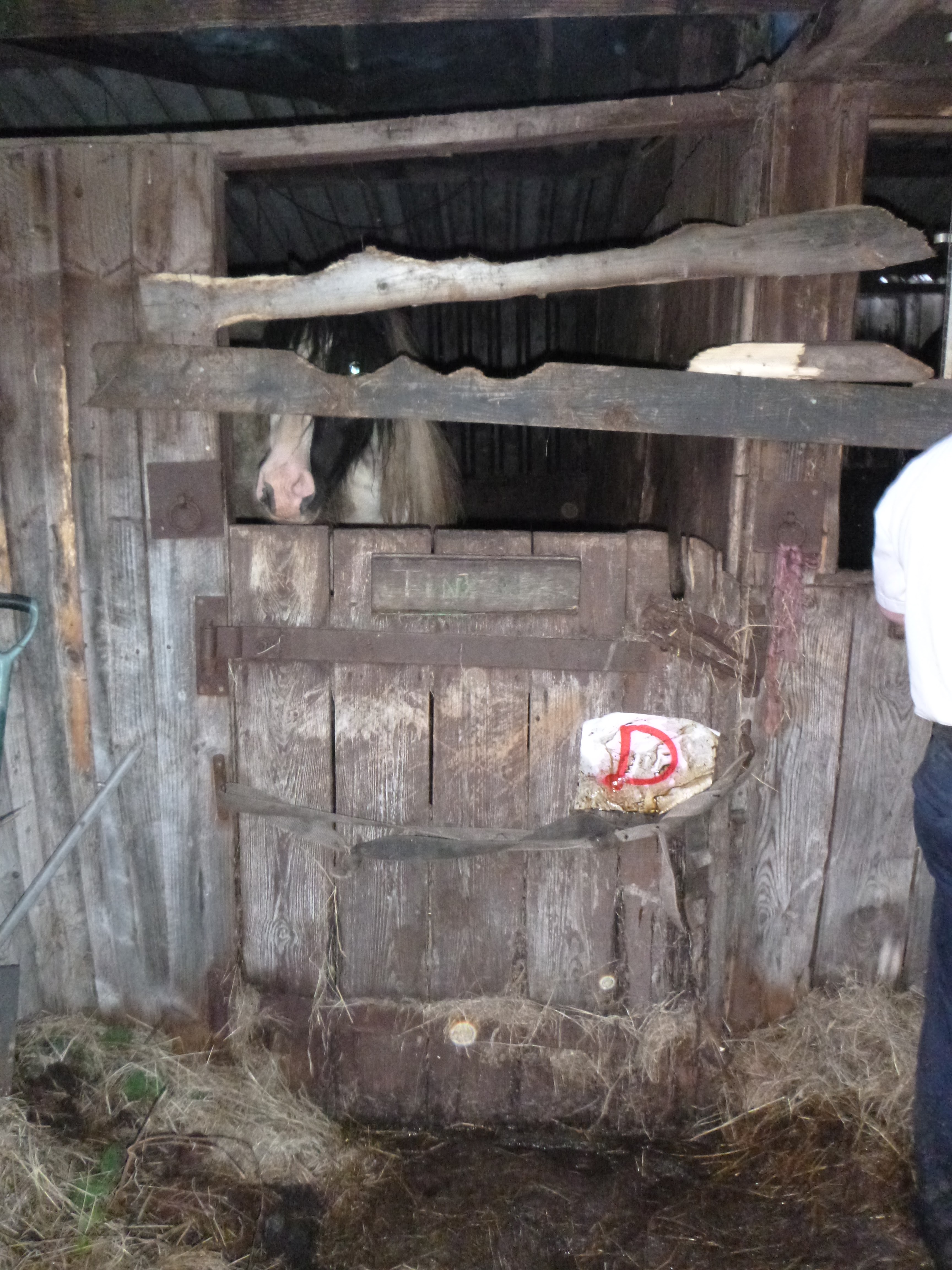 Inspector Fannon described how six Shetland ponies were found standing on two feet of muck and mud – they had no fresh water and no fresh hay. Another two Shetland ponies were found in a plastic greenhouse which was not easily accessible – officers had to climb over rubble and mud to reach them. They both had overgrown hooves and a piebald female was in thin body condition.

Several of the horses had to be dug out by officers from their stables. One stable door was found nailed shut and a crow bar was needed to prise it open.  Again the stable was full of faeces and mud up to the knee and there was no hay or water inside.  Inside a piebald male horse had severely overgrown, curled hooves. 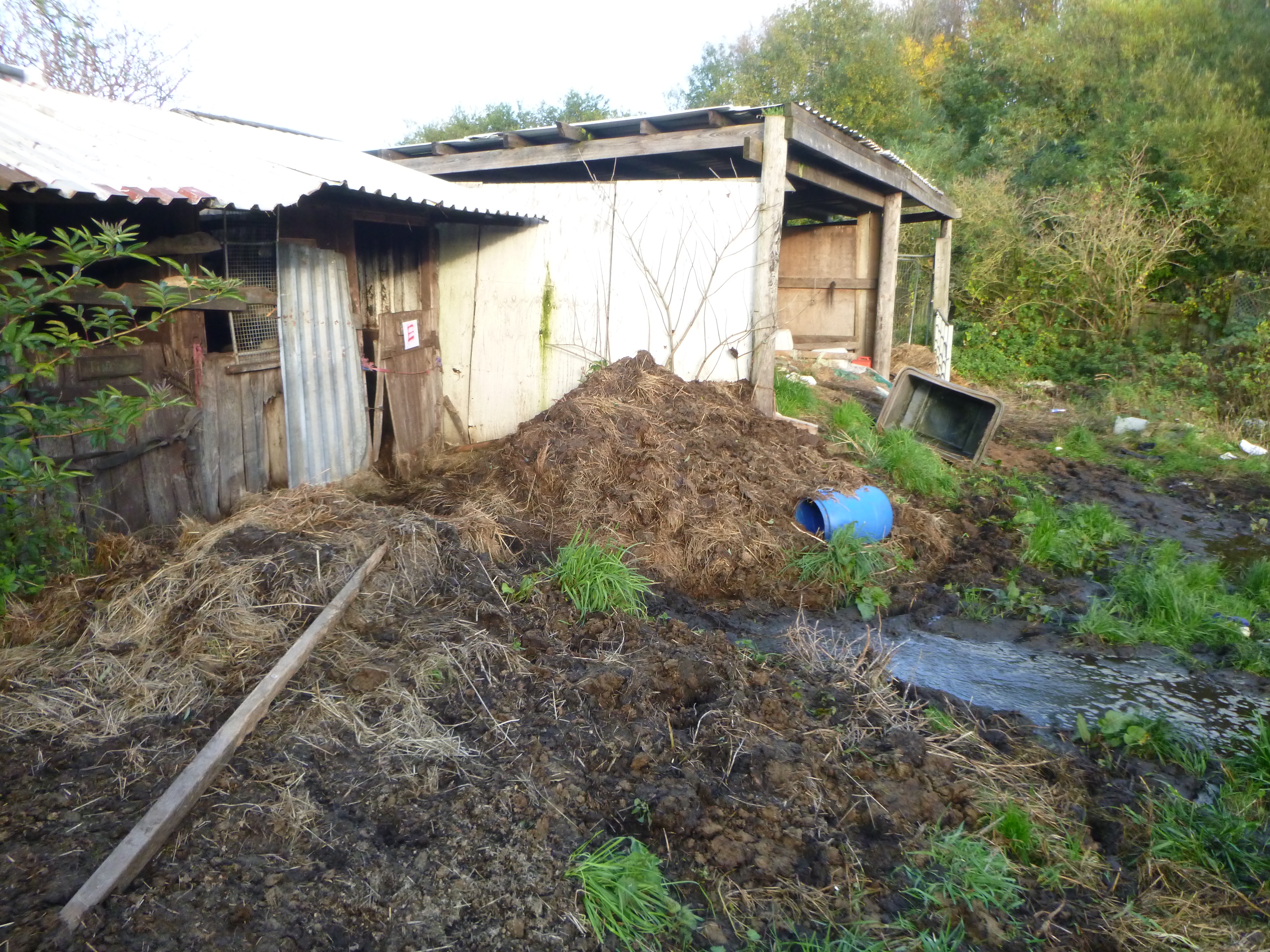 Another Shetland pony was found inside a horsebox with faeces and muck. She was in thin body condition and in a suffering state due to lameness and osteoarthritis in her shoulders.

Despite advising the couple a year earlier that they could not keep horses at the site during winter due to the extreme muddy conditions, no improvements had been made since the previous year apart from a makeshift area of uneven cobble bricks that had been put down which the horses could not stand on. 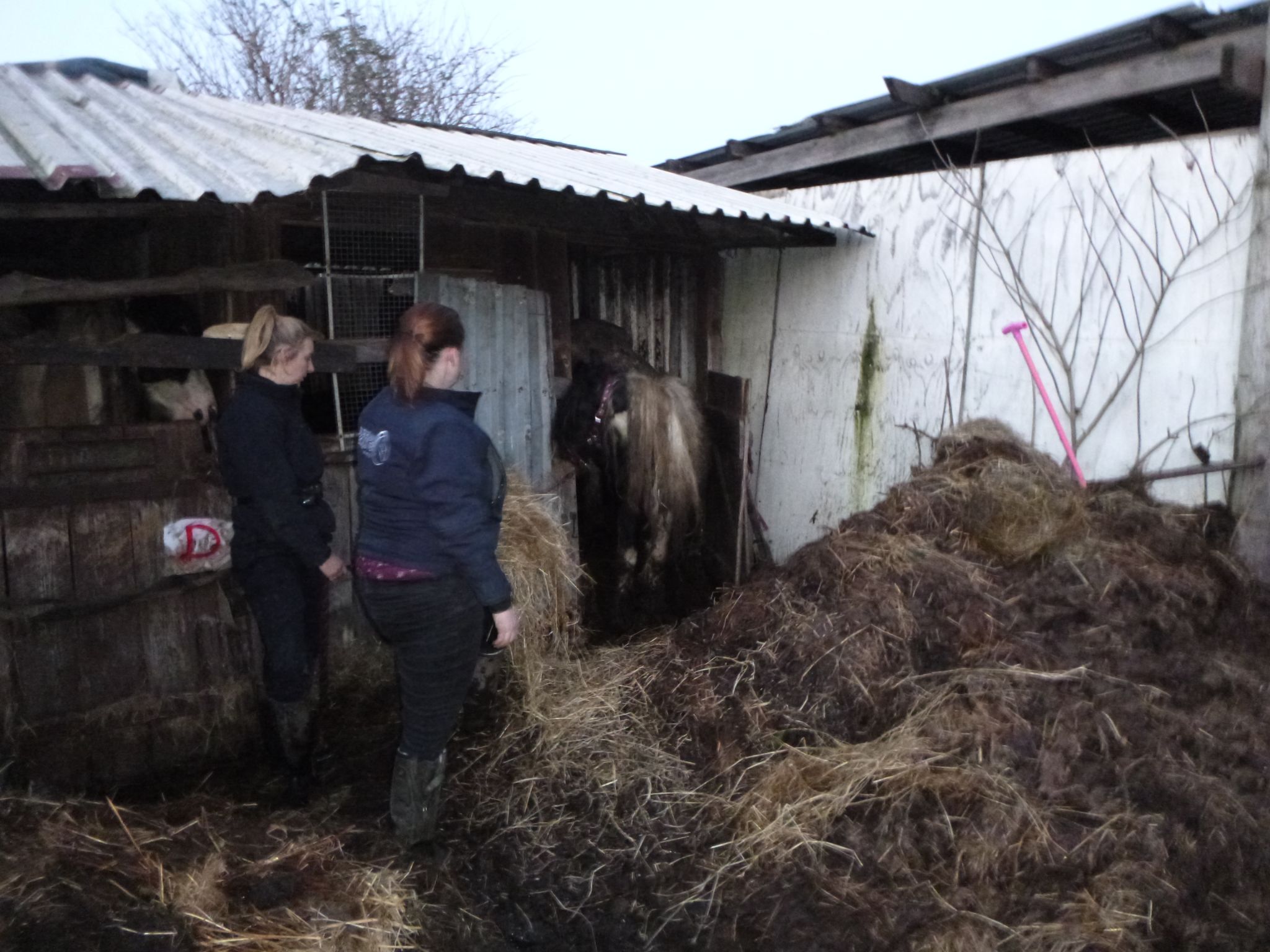 All of the horses were examined by a vet before being taken to a place of safety in the RSPCA’s care.

Following the sentencing hearing, Inspector Fannon commented: “This is the worst horse case I have been involved with during my career with the RSPCA. I offered to help Mr Metcalf on numerous occasions and none has been taken up.  He knowingly kept horses hidden in these conditions for a long period of time.  I am pleased we have since been able to find many of the horses new homes”.

You may also want to read

Processing…
Success! You're on the list.
Whoops! There was an error and we couldn't process your subscription. Please reload the page and try again.

Why is it important for a horse to be focused?

The Best YouTube Channels With Advice For Horse Riders

Dehydration in Horses: What to look out for

Bridle and Bit Fitting Advice from Experts in the Field

10 Destinations for Horse Lovers In The United States