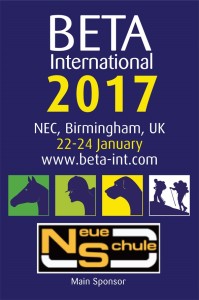 by companies from the UK and overseas.

“With nine months to go until next year’s trade fair, things are continuing to gather momentum at an incredibly positive rate,” said BETA International sales manager James Palmer. “This puts us in a fantastic position and allows us to consolidate and shift up a gear as we move forward into the second half of the year.”