This year’s vet inspection at the Mitsubishi Motors Badminton Horse Trials was not without drama as 83 horses were presented in front of the ground jury.

Badminton stalwarts Andrew Nicholson, Oliver Townend and Tina Cook all presented two horses each early on which flew through, but then it was the turn of French man Astier Nicolas who presented his Rio mount, Piaf De B’Neville and was subsequently sent to the holding box. After representing and a lengthy discussion from the ground jury, the horse was passed to many grumbles throughout the customary crowd of spectators. 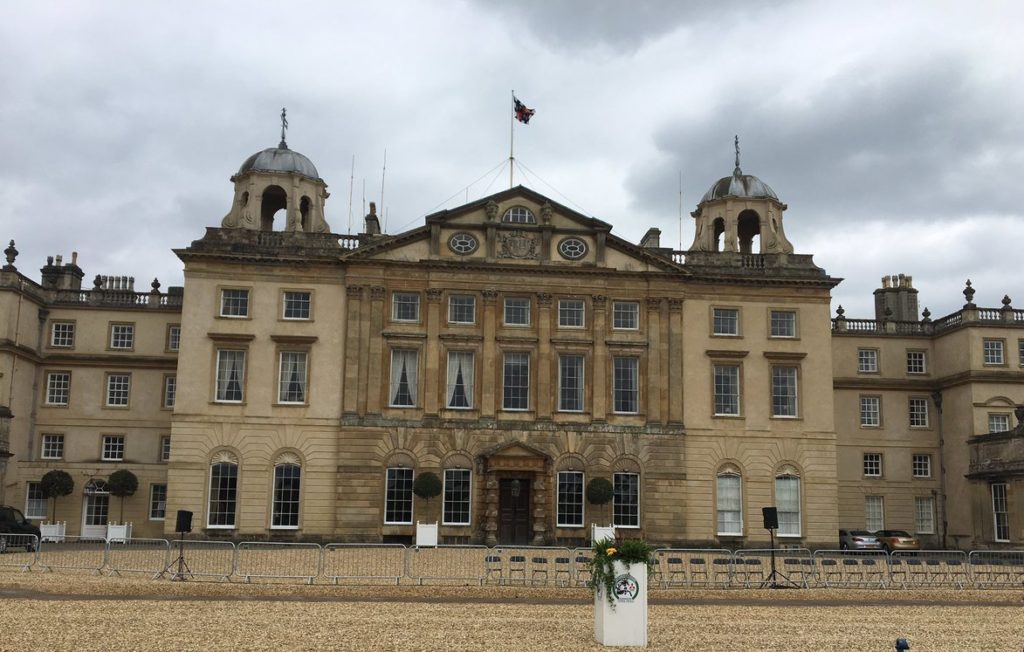 Two shoes were then lost on the trot up strip, but not of the equine variety…Emily Gilruth was the subject of much mirth and embarrassment as she lost firstly her right shoe on the way to the turning circle, and then the left followed suit in the exact same spot on the way back, meaning she had to tip toe the final 20 metres of her trot up with Topwood Beau, but she managed to complete with a smile. The jury is out as to whether she will need to be re-shod before the dressage!

That wasn’t the last of the drama however, as one of Britain’s up and coming top riders also caused concern among the ground jury. Laura Collett presented Grand Manoeuvre, who was sent straight to the holding box without delay, but on representing the horse was quickly accepted.

Likely to be at the thick end of things after the dressage, it would have been a big dent to the results to have either Laura or Astier to be missing from the line up.

Having tweeted extensively throughout the trot up and thoroughly inspected every combination, my tips for the top – apart from the obvious German dream team that is Michael Jung and La Biosthetique Sam FBW – are German stalwart Ingrid Klimke and her championship mount Horseware Hale Bob and Gemma Tattersall with Artic Soul, who were third placed here last year. My real outsider is Australia’s Shane Rose with Shanghai Joe – just keep an eye on this combination, even though they are Badminton first timers, he is an Olympian and a gutsy rider with a neat little horse.

All other riders passed the trot up without concern including previous Badminton champions Sam Griffiths and Paulank Brockagh in 2015, and 2010 winner Paul Tapner, with his mount here Bonza King of Rouges. Tim Price takes Xavier Faer onto the dressage and Blyth Tait pilots Bear Necessity V once more. Izzy Taylor and Briarlands Matilda – part of the furniture here at Badminton – will be setting the course alight once more.

I’ll be walking the course tomorrow, so look forward to giving my view on the layout having seen it up close and personal, as well as keeping you up to date on all the action from the first day of dressage here at the Mitsubishi Badminton Horse Trials 2017.