Ghostbuster Corinne Collins along with Oscar Hobby rode to save the day during the mini major relay class, sponsored by Jolly Good Vehicle Leasing.

A host of top riders rode into the arena dressed in their favourite super hero costumes led, on foot by Geoff Billington in his renowned Superman outfit.

The 12 mini competitors were in full showjumping attire with their ponies ready to speed around the first part of the relay.

Corinne Collins, wearing her Ghostbuster outfit, along with Oscar Hobby won the relay in style ahead of Captain America, or should we say Guy Williams and his partner Maddie Heath. Nicole Pavitt dressed as Catwoman and Goldie Morgan finished in third.

The best dressed in the class by far was John Whitaker, supporting a rather flattering Spider woman outfit…personally we thought Whitaker and Billington looked the perfect match. 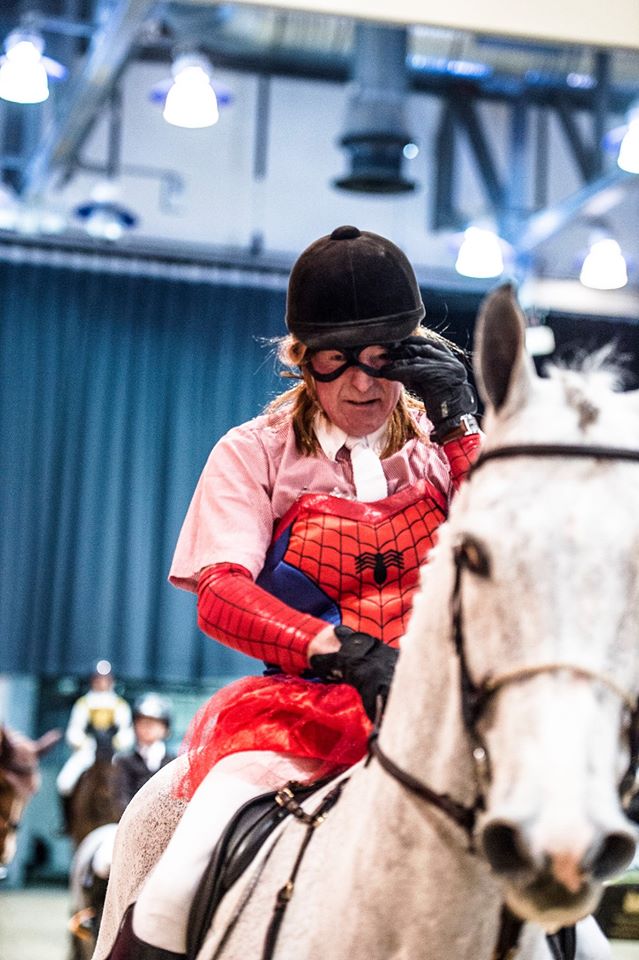