Horse & Country TV is delighted to report that its new reality show, Blue Chip All Star Academy, has received a huge thumbs-up from the equestrian sector. 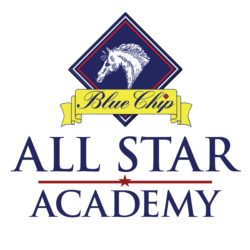 The show, which aims to recruit a group of video bloggers for the H&C website, invited riders to submit a video audition in order to take part in the filming of the series. Eight selected participants will join top trainers and equestrian sector personalities (including Carl Hester, Pammy and Charlie Hutton, Jayne Ross, Daisy Coakley and Ludwig Svennerstål) at the Talland School of Equitation in Gloucestershire at the end of April to be put through their paces.

“Immediately upon announcing the show, we got a fantastic response from our audience, as well as other organisations in the sector,” said H&C Head of Programming, Jonathan Rippon.

“Our social media posts have reached well over 800,000 people, including many shares and retweets. In the space of three weeks we have had tens of thousands of visits to the special website we created for the show, www.allstar-academy.tv, and in excess of 100,000 page views.”

More than 450 people registered on the website to participate in the show, and 128 ultimately submitted completed auditions.

“The videos are all fantastic and truly reflect the H&C audience: enthusiastic, engaged, and passionate about their horses. The process of selecting just eight to be in the show will be truly difficult,” said Jonathan Rippon.

From eight participants, four will be selected to continue as video bloggers (vloggers) with H&C for the next year. One of these will also co-host an episode of Rudall’s Round-Up with H&C’s Jenny Rudall.

Along with title sponsor, Blue Chip Feed, nine other well-known equestrian brands are featuring in the show. These are Absorbine, Albion, Bucas, easibed, euro-star, Horze, KBF99, One K and Point Two.

The Blue Chip All Star Academy will premiere on Horse & Country TV on Sunday 12th June.